Dear colleague ENOUGH is ENOUGH I need your help and support.

Over the course of the season I have become more concerned with the declining standard of behaviour from some coaches but in particular parents. Our RESPECT team is swamped. Not necessarily with more cases to investigate, but a growth in more serious cases.

If I tell you that one club has already folded a team due to its behaviour, the club took this strong action as they recognised that the behaviour from this team did not reach the standards that club set or the league expect. The RESPECT team have with the collaboration of clubs suggested coach and parent suspensions totalling circa 50 games. We have also passed on more cases to Notts FA to deal with than in previous years. Now I know people will say the league is bigger and it’s only a small %, which is all true, but the bottom line is ENOUGH is ENOUGH.

About 4 seasons ago I wrote to everyone in the league following the death of a volunteer in Holland, he had been attacked, whilst running the line as a club assistant referee, a volunteer like the thousands of volunteers in the YEL, who went out to enjoy our great game, only to never return. When Bill Shankly said “Some people think football is a matter of life and death. I don't like that attitude. I can assure them it is much more serious than that” he was wrong, it’s a GAME and for us in the YEL it’s a game for children that should be fun and enjoyable for all.

Over the last few weeks, I’ve begun to dread the ping on my phone on a Saturday and Sunday evening, because unfortunately that signals another serious incident usually involving a parent. So ENOUGH is ENOUGH.

This is a call to action for everyone single one of you who loves our great game. If you have parents or coaches who can’t behave, who don’t recognise that its CHILDRENS football, who don’t appreciate that people will make mistakes, who have no tolerance of others, who think it’s always someone else’s problem/fault, that it’s never them or their child, then you need to take action NOW.

They must understand that being a coach or watching their children play is not a right, it’s a responsibility. It’s a responsibility to behave and encourage, the YEL is not the Premier League or the World Cup finals its children’s football

And please don’t be complacent and think this communication isn’t aimed at you or that its only aimed at all those other clubs, let’s be clear this is aimed at every club, coach, official and parent. Together we have made great strides over the past 10 years in terms of behaviour, don’t let the minority take us back to those times.

We are in real danger of driving away volunteers from both our clubs and the league, but most importantly if we don’t address this now we will drive away young players.

In closing can I put on record my thanks to those clubs who do take their responsibility seriously, who have introduced pitch marshals, who have suspended coaches/parents, who make that extra effort to make football welcoming and fun for all.

So, here’s the message if you can’t behave, if you can’t control your emotions when watching children’s football, then you’re not welcome in the YEL.

And if that means we lose teams and clubs, so be it, I would rather be involved with a small league with clubs, volunteers and parents that understand and respect fair play than be where we are today. Please share this message with all the parents and supporters who attend your games, please be proactive and take responsibility for your own team/club and finally join me in standing up to those who are running our game, help us return to our high standards of behaviour and respect and make sure that football in the YEL is fun, enjoyable and welcoming for all, players, coaches referees and parents. Thank you Les

My Dad is a coach, not just a coach but MY coach 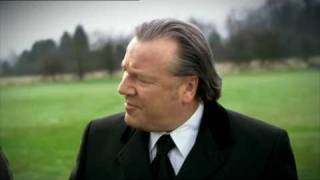 Gentle reminder to all clubs and managers